NATO commited crimes against humanity. Victims of bombing and shooting by special forces of NATO now more than few hundreds thousand people. In city Sirte which become large grave was 800 thousands citizens, how many people alive now after few months of bombing? Now troops of TNC which was trained by NATO don't pass humanitary convoy to Sirte and don't pass citizens to leave city, the smell of dec…omposition of the bombing victims is at a distance of few kilometres. Gangsters of Al-Qaeda and TNC killing alive eyewitness of NATO crimes in Libya, and destroing evidences that NATO use chemical weapons, phosphorus bombs cluster bombs and vacuum bombs. Because when the corpses decomposed will be difficult or impossible to determine the cause of death and the type of bomb that killed the Libyans. NATO are modern nazi today, more agressive, more lie, more unhumanity, and more smart- Nazi from Germany made notes and documents about actions which became eveidences of crimes, modern Nazi from NATO don't made notes and documents and kiling all eyewitness.
( article is old, but still actual)
http://wsws.org/articles/2011/oct2011/pers-o03.shtml 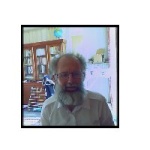